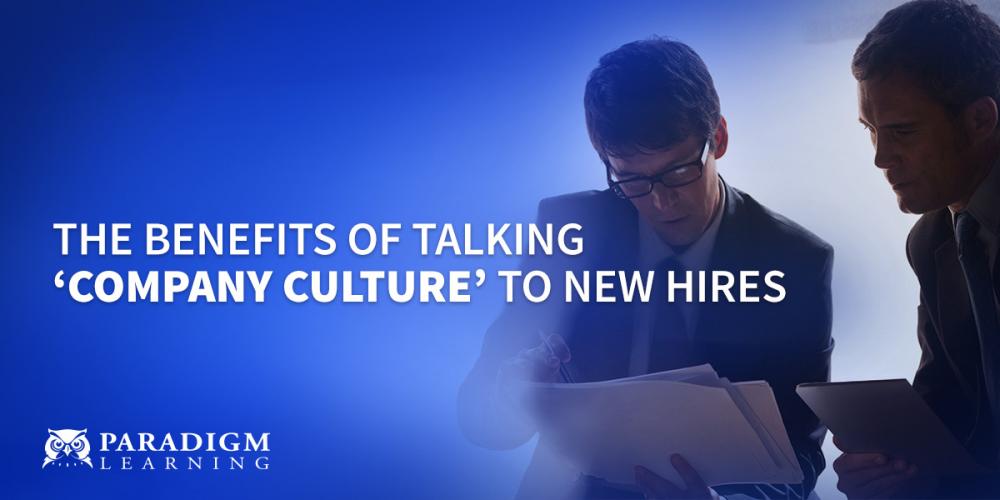 The Benefits of Talking ‘Company Culture’ to New Hires

"Is everybody getting this?"

Just a simple rhetorical statement, but it has the power to silence a room. Just ask any business leader who has let the phrase slip during new hire orientation. Intuitively, employees in their first days on the job generally interpret the question as code for sitting tight and acting attentively. Outwardly, their body language might suggest that all is well and good, but experienced onboarding professionals aren’t fooled quite so easily. Of course, that usually doesn’t stop them from moving on either way – so long as they are doing what is expected of them.

“Alright then, the next item on the agenda is …”

Unless, that’s NOT what you expect. Or accept. In one regard, wanting to keep the process moving is logical, but not at the cost of disenfranchising individuals from their first moments as part of the franchise. Too often, the details are lost in translation at the start, which doesn’t bode well for the long-term. One widely accepted industry figure estimates that one third of new employees are back on the job search within the first six months.

If nothing else, that revelation should change the next item on your onboarding agenda.

Here are three things to keep in mind when the conversation turns to welcoming, engaging and aligning new hires within your organization:

In our experience, we’ve discovered that sharing a common corporate vision is an essential part of making onboarding programs do what they are supposed to do. If you’re not seeing the kind of results you want, perhaps a change in the way your organization speaks to its employees is in order.

That kind of talk should never be cheap.

Searching for a new hire can be a challenging and seemingly futile task. The tal...

The internet is filled with "listicles" explaining the best, easiest or cheapest...

This past Sunday, as with every Sunday, I found myself craving an original chick...