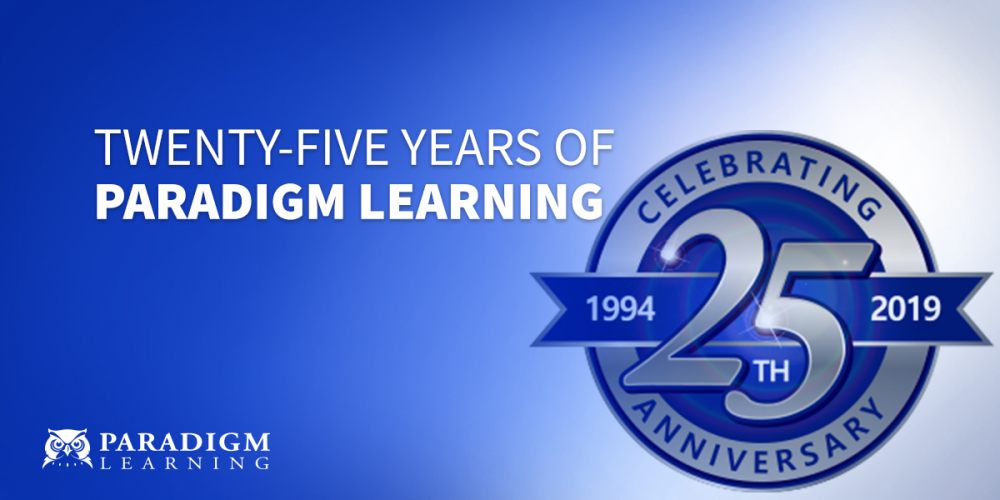 In the autumn of 1994, Robb Gomez noticed an article in the Tampa Bay Business Journal about two former executives from the Training & Development industry who had created a training program for Harris Semiconductor in Melbourne, Florida.

The part of the article that intrigued Robb was the content and delivery mechanism of this training program: a session that taught people how their business made money (and their individual contribution to that mission) through a sophisticated business simulation disguised as a board game.

Robb sat up quickly. He had been selling to big businesses at that time and often marveled at how little employees knew about their businesses. In many cases, they had no idea how to link their contribution to the overall enterprise’s success. These were senior managers! Robb knew something needed to be done about this general lack of “business acumen” that existed in corporate America.

Curious about the program, Robb contacted Ray Green and Cathy Rezak, founding partners of Paradigm Learning. Over a social meeting at a local beach bar, Ray shared his vision for the company.

The rest, as they say, is history.

Robb Gomez went on to become the Chief Operating Officer of Paradigm Learning and continues to lead the company today. Since then, Paradigm Learning has been recognized as a leader in experiential business acumen and leadership solutions. But in the early days of the company (the mid-90s), “business acumen” wasn’t a mainstream term. Instead, organizations reached out to Paradigm for help with finance training for non-financial managers.

They had caught onto the trend Robb had noticed and recognized the need for non-finance leaders to be able to interpret financial statements and key metrics (like GPM, ROE, ROS, and ROA).

This became the basis for Paradigm to define the difference between finance understanding and business acumen.

“As we began to work with more and more of the best companies in the world, the difference between these two became evident. Finance training would develop capabilities to understand key financial statements and ratios, while business acumen created the understanding of how actions and behaviors linked to those financial indicators. This became the basis of our definition of business acumen, and it’s a common definition for many organizations today.” – Robb Gomez

Another element of business leadership that Paradigm witnessed was more emphasis placed on the balance sheet. Although profit numbers were key indicators, smart investors understood a healthy balance sheet was equally important.

“Metrics like EVA, and the components that make up EVA, were being adopted by many of Paradigm’s customers. They needed their employees to understand that capital has a cost, and if they were going to invest, it needed a higher return than its cost.” – Robb Gomez

During these early days of Paradigm Learning, the organization was housed next door to a company called Paradigm Communications (PC). PC was, at the time, the largest advertising agency in the Tampa Bay area and well known for their “in your face” style of advertising, PR, etc. They partnered with the start-up Paradigm Learning team and placed stories in Wall Street Journal, Business Week & a feature on CNN. They also helped name what would be the flagship product, Zodiak.

“My intuition about the need in the marketplace for this content and delivery mechanism was right because the number of people we had working for us (three at the time) wasn’t enough. Remember the scene from Jaws when Roy Schneider first encounters the shark? He steps back with amazement and calmly says, “We’re going to need a bigger boat.” Paradigm did, too. The phone started ringing off the hook including the personal secretary of Phil Condit, Boeing’s CEO at the time, who wanted to know how quickly we could get out to Seattle to show them what this thing was. Before long, we had companies like Caterpillar, WR Grace, Pizza Hut, FedEx, Monsanto and Motorola using Zodiak. I found myself delivering Zodiak to some of the best companies in the world. It was a fun, fast, and furious time.” – Robb Gomez

Over time, Paradigm Learning grew – a lot. The company took up headquarters in a large office space at Rocky Point in Tampa and learned their own business acumen and leadership lessons as they experienced that growth.

The client list grew, and the Paradigm team quickly realized that it wasn’t just important to teach learners about business – it was equally, if not more important to teach them about their organization’s business. Paradigm began offering customization services for clients, and this became an in-demand offering that has lasted to this day.

“Remember Y2K?  Or the threat of Y2K that never materialized? From our perspective, the start of the 2000s was all about customization. Each company that we began to work with had a nuance on how they managed their businesses, and each had specific financial metrics they had adopted to have decision makers in the business focused on.” – Robb Gomez

With customized exercises connecting the learning from Zodiak to the clients’ businesses, learners saw how they could make an immediate impact on the job. With different levels of customization, clients could find the right fit.

Soon Y2K was a distant memory, yet following the dot-com bubble, another bubble was about to burst. In 2008, the U.S. housing market bubble burst, leading to a global recession.

Paradigm weathered the recession like its customers and saw an opportunity for offering a helping hand, free of charge. The Paradigm team created a complimentary Discovery Map activity for all customers and prospects to use, called, “Leading in Tough Economic Times.” The activity offered guidance and resources for leaders having to share tough news about changes in the business, as well as tips for adjusting to lower revenue. Customers’ reactions were positive and appreciative. As Paradigm knew, we were all in this together.

Once the dust from the recession settled and the economy improved, Paradigm continued to partner with world-class organizations to hone leaders’ business acumen skills (along with their leadership, project management, talent development, and change management skills). However, it quickly became evident that these were not only requisite skills for leaders and managers – these were also critical for sales professionals, high-potential employees, and – to really see the impacts of great business acumen throughout an organization – everyone.

Paradigm partnered with several large organizations on complex, global rollouts that resulted in holistic supply chain and operations improvements and multiple basis-point improvement in operating margins. Other organizations have tracked the benefits of Zodiak and as a result, include Zodiak in their leadership curriculum on a monthly (or more frequent) basis year after year.

Over the last twenty-five years, we at Paradigm Learning have learned so much. Each time we partner on a solution, we learn from our customers. Working with our customers for twenty-five years has taught us to be the business acumen experts we are. We’ve learned about nearly every industry on the planet and have had the privilege to work with some of the world’s finest organizations. It has been a pleasure to go on this learning journey with them.

We look forward to the next twenty-five years!